Translation of the entire poem by Heizaburō Yamakawa (Niigata 1876 – Sendai 1942), Japanese man of letters and dantologist, professor of English at the University of Sendai.
His translation of the Divine Comedy is based on the English translation of Longfellow, but already at the beginning of the twentieth century it helped to raise awareness of the work of Dante among the Japanese public (the first edition of the three canticas is respectively of the years 1914, 1917 and 1922), and even today it is often reprinted in cheap editions, like this one, published in Tokyo in 1998 by Iwanami Shoten Publishing Company. 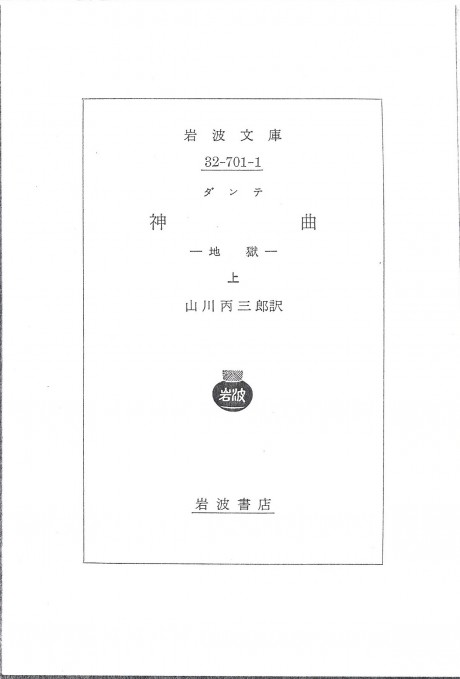 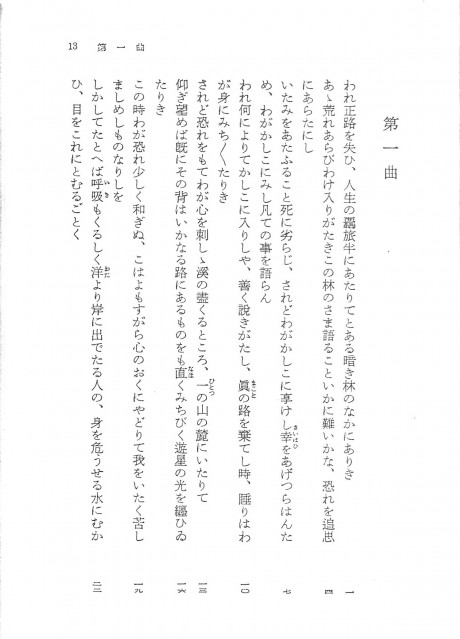