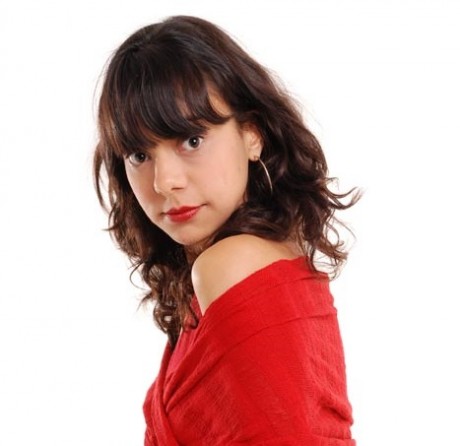 Yaiza Conti Ferreyra was born in New York on April 1st 1984.  At the age of five she moved to Buenos Aires where she lives to this day.

She obtained a degree in drama at the National Arts Institute.  Her vocation as an actress began with a seminary of theatrical initiation in which she took part in 2002 after passing her secondary school diploma.  From then on she has participated, within the ambit of independent theatre, in various productions for adults and children such as, amongst others, Canadá, Ciudad vertical, La máquina del día, El público (by Federico García Lorca) and Dailan Kifki (by María Elena Walsh).

In addition, she fulfils the role of teacher of theatre in English in primary and secondary school.

Her numerous interests include art, singing, literature and the cinema.  She would like very much to spend time in Europe in order to get to know better the fascinating culture and history of the old continent.

Yaiza Conti Ferreyra has lent her voice to Francesca da Rimini and read the relevant verses (82-142) in the translation into Spanish by the Argentinian poet Bartolomé Mitre.
To listen to this reading click here below: