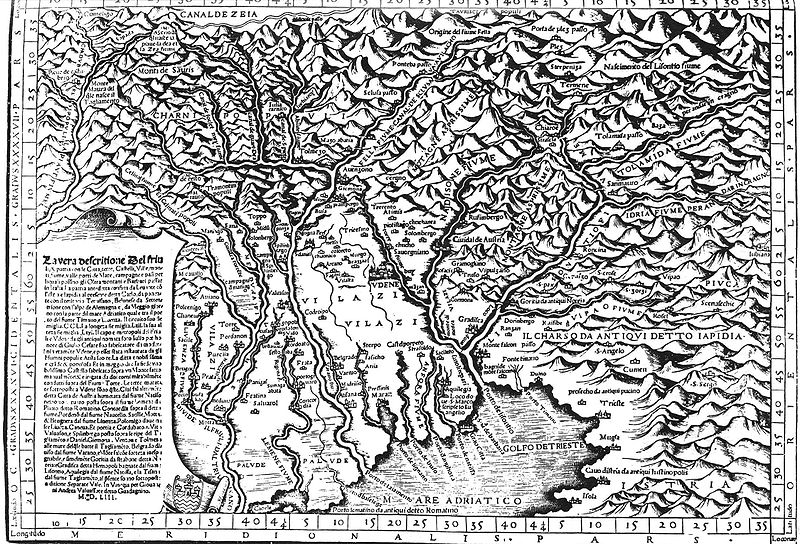 There is no mention of the region Friuli in the Divine Comedy, but Dante describes and classifies the Friulian language in De vulgari eloquentia (Part 1, X.6 and XI.6). He refers there to the Friulian people naming them Aquilegienses, since the Friulian town Aquileia, seat of a powerful patriarchate, was at that time the political, administrative, religious and cultural centre of a wide area of north-eastern Italy.

The idea of a journey made by Dante into Friuli, a region which was certainly visited by many Florentine merchants in his day, has been put forward by many in the past, but there has never been serious confirmation. By contrast, the fate of Dante’s poem in Friuli was quite considerable and prompt as is shown by its rapid distribution in manuscript form and by the amount of codexes and ancient editions to be found in the region.

The illustration below is the miniature of the introductory words of Hell drawn from the Fontanini 200 codex (14th century) preserved in the Guarneriana library of San Daniele del Friuli. The poet is depicted inside the initial letter “n” of the first verse. The miniature, together with the first lines of Hell, occupies the centre of the page and is surrounded by the text of the so-called Ottimo commento (i.e. best commentary).

The Fontanini manuscript contains just the first part of the poem (Hell), is illustrated with seven miniatures and holds the Latin commentary by Graziolo Bambaglioli (1291 – 1342). The Ottimo commentary, in vernacular and attributable to the Florentine notary Andrea Lancia (1280 – 1360), is limited to the first two cantos. 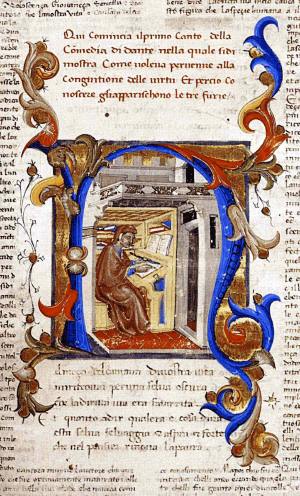