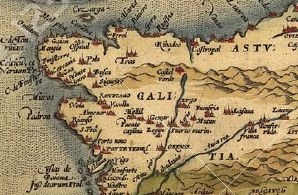 The language of Galicia, a region of Spain which is mentioned in the Divine Comedy, is Galician, a very attractive language which straddles Castilian and Portuguese and which boasts a fine translation, in tercets, of the whole of Dante’s poem by Darío Xohán Cabana.

Dante talks of Galicia, which in his time was already the destination for pilgrimages, in Canto XXV of Paradise. The poet, guided by Beatrice, finds himself in the Heaven of Fixed Stars (Heaven VIII) where the apostle Peter has just examined him on the first of the theological virtues, faith, approving of his answers and encircling his forehead like a laurel wreath . Now he is to be examined on hope by the apostle James. And it is here that the spirit of St James of Compostela is released from the circle of souls which St Peter had left. Beatrice, seeing him, is filled with joy, points him out to Dante and invites him to take careful note of him because he is the saint for whom so many pilgrims face a long journey to visit his sanctuary. 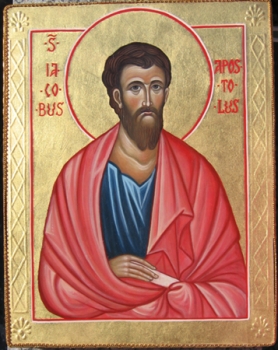 Here are the same verses in the translation into Galician by Dario Xohán Cabana:

And here are the same verses in the English translation by Allen Mandelbaum:

Then did a light move toward us from that sphere
from which emerged the first-the dear, the rare
of those whom Christ had left to be His vicars;
and full of happiness, my lady said
to me: “Look, look-and see the baron whom,
below on earth, they visit in Galicia.”