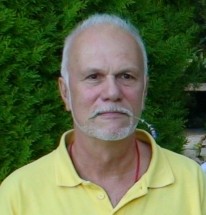 Ole Meyer, born in Copenhagen in 1947 to a Swedish mother and a Danish father, studied Scandinavian and English languages and literature at the University of Copenhagen, finishing with a Master’s degree in 1974. Having taught for several years in secondary schools in Copenhagen, he was from 1996 to 1999 a Research Fellow at the Danish Royal/National Library, and from 2003 to 2006 Danish lecturer at the University of Florence.

He is the author of the last Danish version, in blank hendecasyllables, of Dante’s Divine Comedy (Copenhagen 2000, 5th. ed. 2009/13) as well as of translations from German (Goethe: Roman Elegies and Venetian Epigrams, 2012, 2. ed. forthcoming 2014) and other languages.

Independent reseacher since 2007, he published books and essays on Dante and Scandinavian literatures.  Among his more recent essays, “Dialogismo nella Commedia originale e tradotta”, in Leggere Dante Oggi, Rome/Budapest 2011.  He is a member of the scientific committee of the yearly academic journal Letteratura Italiana Antica.

Married to a Florentine woman since 2007, he divides his time mainly between Tuscany and Copenhagen, where he has two daughters and four grandsons.

Ole Meyer has lent his voice to Ulysses and read the relevant verses (Inf., XXVI, 90-142) in the Danish translation written by himself.
To listen to this reading click here below: