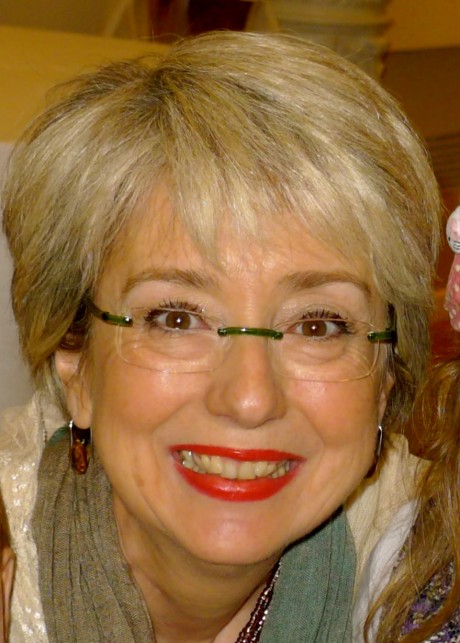 Mariangela Bacchi, the great-niece of the person who translated Dante’s poem into the Bologna dialect (and in tercets), has a degree in languages and descends from several generations of Bologna residents.  She has inherited from her family the passion for the study of dialects: her grandfather, Pietro Mainoldi, a doctor and dialectologist, is the author of the Bologna grammar (1950) and its dictionary (1967); her great-uncle, the goldsmith Giulio Veronese, is indeed the translator of the Divine Comedy (1937).

A journalist, she has worked in radio as an author and presenter.  She is currently busy recording audio books and texts for transmission and is the voice for documentaries and spot items.

She collaborates with www.succedesoloabologna.it for which she is a columnist for Bon Ton.

Since 2011 she performs in Italian and the Bologna dialect with the Compagnia del Corso del Teatro Alemanni of Bologna.

Mariangela Bacchi, who has read for us the verses of Francesca da Rimini in the Bologna dialect translation of her great-uncle, has also provided us with valuable information about the translator.

Giulio Veronesi was born in Bologna on 22 June 1865 and died there on 7 November 1948.  He had two brothers, Ferdinando and Enrico (the latter was the first violin in the Toscanini Orchestra).  Giulio and Ferdinando opened two adjacent jewellery shops in the centre of Bologna in 1896.  Giulio’s shop, in particular, became a literary enclave for lovers of literature and poetry.

When Giulio started on the translation of the Divine Comedy, each extract was subjected to lengthy consultations amongst his circle of literary friends.  Giulio Veronesi’s passion for the arts and literature was such that he not only named his sons Michelangelo, Dante and Raffaello, but also got his brother Ferdinando to name his nephews Torquato (Tasso), Arrigo (Boito), Francesco (Petrarca) and Raffaella for the sole girl who was the maternal grandmother of our reader, Mariangela Bacchi.

Giulio Veronesi was also a dialect poet: some of his sonnets and a nursery rhyme are collected in the volume Poeti petroniani del 900 (edited by Luigi Longhi, published by Compositori, Bologna 1943). 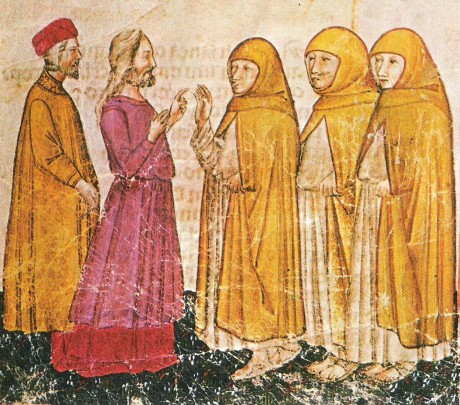 Mariangela Bacchi has lent her voice to Francesca da Rimini and read the relevant verses (88-142) in the Bolognese translation of Giulio Veronesi. She did it in two different manners.  The first reading follows a classic, learned scheme, which does not present the typical inflexions of  the common people’s dialect. To listen to that, click here below, on the first string:

On the other side, in the second reading  one can perceive the inflexions of the spoken dialect. To listen to it, click here below: