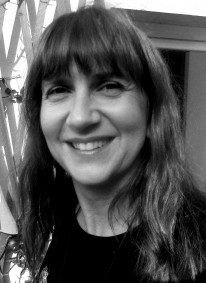 Laura Ghio lives and works in Genoa where for many years she has been busy with economics, ports and transport, firstly within the Economics Faculty and now with the Genoa Port Authority as the person responsible for strategic planning.  For many years she has had a passion for the theatre which has been developed since taking courses organised by Enrico Campanati.  Since 2002, favouring amateur dialect plays, she has created projects and performances with the Piesintöa company (Teatro a Tavola) which, together with traditional theatrical offerings, aims to introduce short, single performances into the ambit of events, associations and dinners, the purpose of which is to disseminate the Genoese language.

Piesintöa has, with great critical success and public acclaim, put on its shows in the programmes of various Genoese theatres: Teatro Garage, Il Sipario Strappato, Gilberto Govi, Albatros, Teatro di Davagna.  At the bottom of this page you can see the playbill of Dôi pe doì (“Sorrows for two”), one of the most successful performances. To read the review published on the newspaper Secolo XIX click here.

The Genoese language of the shows which are performed restores a modern use of Genoese, not in order to overturn the tradition of dialect theatre but in order to give opportunities to discover it in a new light.

Laura Ghio has lent her voice to Francesca da Rimini and read the relevant verses (88-142) in the translation into Genoese by Angelico Federico Gazzo. 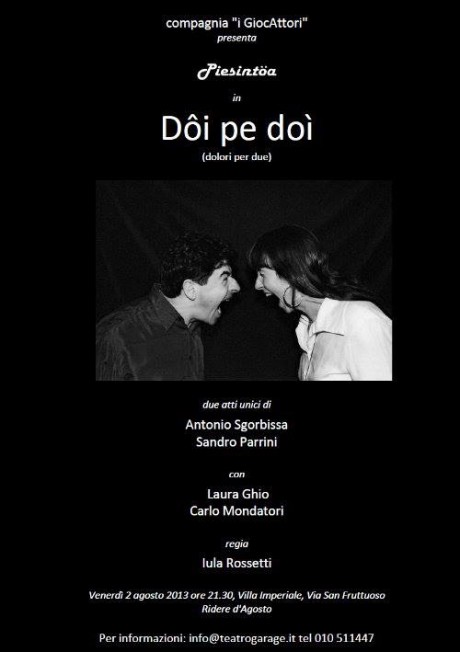