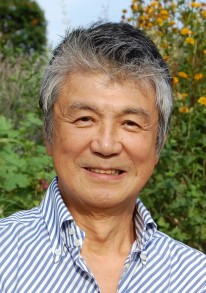 Kazuo Okuma is a Japanese journalist born in Tokyo in 1937.  He took his degree in History and Scientific Philosophy in 1963 at the University of Tokyo and immediately started working for the daily newspaper Asahi Shimbun, one of the principal Japanese dailies, which he only left in 1990 in order to devote himself to university teaching at the faculty of Human Sciences in the University of Osaka where he conducts a specialisation course in social services.

Right from the start of his journalistic career he delved into social problems and, in particular, the problem of treating mental illnesses, publishing a series of articles in his daily paper which investigated Japanese mental hospitals.  Then he published a report on the subject in a book entitled Mental Towers edited by the same Asahi Shimbun.  In order to write this book, of which more than 300,000 copies have been sold and which has for the first time let Japanese society know about the brutality of mental hospitals, Kazuo Okuma had himself admitted for twelve days into a private mental hospital in Tokyo by pretending to be a patient.

Having got to know about the psychiatric reform which was introduced in Italy by the Basaglia Law (law no.180 of 1978), Kazuo Okuma organised trips to Italy in the eighties accompanied by Japanese psychiatrists and studied the real change brought about in this country by the reform of mental health services.  Subsequently he published a series of articles in several magazines, such as the weekly review Asahi Journal of the daily Asahi Shimbun, then published as a book by the Iwanami Shoten Publishing Company under the heading “Italy which has abandoned the lunatic asylum and Japan which retains it”.

In 2008 he received the Basaglia Prize from the foundation of the same name.

Kazuo Okuma is also an operatic singer.  He started to sing at the age of 37 and is proud of having played the part of the principal character in Giuseppe Verdi’s Rigoletto in 1990.

Kazuo Okuma has lent his voice to Ulysses and read the relevant verses (Hell, XXVI, 90-142) in the translation into Japanese by Heizaburō Yamakawa (Tokyo, Iwanami Shoten Publishing Company, 1998).
To listen to this reading click here below: