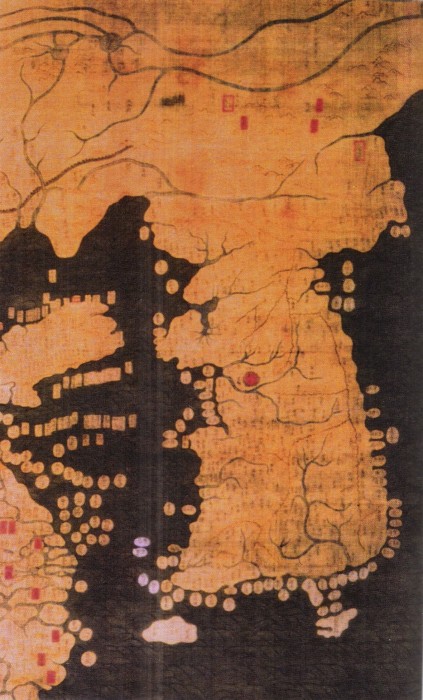 The word “Korea” is derived from the name of the Goryeo (or Koryŏ) dynasty which reigned over that country from the end of the 10th century up to 1392.  In the first years of the fourteenth century, when Dante was a grown up man and was writing his Divine Comedy, Korea was reigned over by the sovereign Chungnyeol of Goryeo after he ascended to the throne in 1274 by which time the Korean dynasty had been for some years a vassal of the Mongol emperor, Kubla Khan.  The latter had become emperor of China in 1279 and had started the Chinese Yuan dynasty which held sway over the kingdom of Korea even after the death of the emperor (1294).

In his book Milione Marco Polo, even though he had not visited Korea, mentions it under the name of Cauli when speaking of the deeds of Kubla Khan whom he had had the opportunity of meeting personally in Beijing.  Marco Polo relates that the emperor had kept control of Korea by defeating and condemning to death a cousin called Nayan who had rebelled against his authority and contested his rule over that territory.

We do not know whether Dante was aware of these events which happened in his time.  In any case, Dante never mentions Korea in his works.

In Seoul, the capital of South Korea, five translations of the Divine Comedy (Sin gog) into Korean have been published, all after the middle of the twentieth century, at the hands of I Sang-Ro (1959), Choi Mun-Seon (1960), Han Hyeong-Kon (1990), Chung Noh-Young (1993) and Kim Wi-Gyeong (2002).  Not infrequently there are spectacles about Dante’s work in the capital under the guidance of the Italo-Korean Association “Dante Alighieri”, of the Italian Cultural Institute and the Hankuk University of foreign languages.

[1] Marco Polo, Il Milione, edited by Maria Bellonci, Oscar Mondadori, Milan, 2013, pp. 124-129, 354, 365.  The map of Korea reproduced on this page dates back to 1402, at the beginning of the very long period of the Joseon (or Chosŏn) dynasty’s reign which was able to make striking advances in science and culture in the country (see Jerry Brotton, A History of the World in twelve Maps, Penguin Books, London 2012).