Several centuries before Dante’s birth, in the Sassanid era (perhaps around 550 AD), there had appeared the Book of Ardā Virāf (“Artāy Virāp Nāmak”), a Zoroastrian religious text written in the Persian language of that period (Pahlavi), describing the journey of a pious priest, guided by two angels, on his visit to the kingdoms of the other world: Limbo, the “four paradises” (those of the stars, the moon, the sun and the supreme Being), then finally to the nether regions.  Several students have been struck by the recognisable similarities between this ancient Iranian text and Dante’s Divine Comedy and some, amongst them the learned Parsi priest, Jivanji Jamshedji Modi (1854-1933), in his Dante Papers in 1914, has also speculated that that text could have been a source of inspiration for Dante.  However, no-one has ever been able to give a satisfactory explanation of how the Persian story, which was completely unknown in the West in the Middle Ages, could have come to be known by the Florentine poet.

At all events, the theme of the journeys to the other world is clearly a theme which has its indubitable echo in Persian culture.  And that perhaps contributes towards the unavoidable interest generated by Dante Alighieri’s poem amongst Iranian intellectuals, at least from the beginning of the twentieth century.

The first Persian student to devote himself to Dante, apart from the priest J.J. Modi, was the historian and man of letters, Nassrollah Falsafi (1901-1981) who, in 1928, published in the review of Iranian studies, Ayandeh, an essay on Dante including paraphrases of some extracts from Hell and Purgatory. [2]

A few years later, in 1932, the Pakistani poet and philosopher, Muhammad Iqbal (1877-1938), who wrote mainly in Persian, used that language to publish his mystic poem Javid Nama (“Book of Eternity”), inspired by the Divine Comedy, in which the poet imagines that he is visiting the various celestial spheres of the other world under the guidance of the great mystic poet of the XIII century, Rumi, just like Dante was guided on his journey to the other world by Virgil. [3]

In 1953 the writer, Said Nafisi (1895-1966), published his translation of the first twelve tercets of Hell in the Iranian literary review Daneshkadeh.  In the following year the historian and philosopher Mojtaba Minovi published a volume of essays on some of the great European men of letters in which a particularly thorough one was dedicated to Dante Alighieri (Teheran 1954).

Still in the fifties, specifically in 1957, the first complete version of the Divine Comedy appeared in the modern Persian language (Farsi).   This was thanks to Shojaeddin Shafa (1918-2010), a man of letters, a translator, a journalist and a diplomat in the Persia of Shah Reza Pahlavi.  The reviews which this first translation received were not particularly flattering: the francophile Sirus Zoka, having compared the Persian version with a French one, expressed the unrestrained desire that someone else might give the Persians “a more accurate and elegant translation and, at the same time, a more efficacious one”, while the Italophile Reza Queisariye expressed the view that Shafa’s version “loses all of its lyric form and assumes a rather prosaic character”.  Moreover, Shojaeddin Shafa (who died in Paris in exile) was a controversial figure in his own country just as much for his personal history, given that he “had carried out important tasks as a cultural functionary and as a counsellor in the service of the royal court”. [4]

Subsequently there have been two other complete translations of the Divine Comedy into the Persian language.

The best known is the translation into verse, completed in 1999, by Farideh Mahdavi-Damghani, an Iranian authoress and poetess who is greatly appreciated in her own country, but also known abroad.  Ms Mahdavi-Damghani has a profound knowledge of European poetry, especially Italian, having translated into Persian, besides the Divine Comedy, also La Vita Nova, the Canti by Leopardi, and Petrarch’s Canzoniere and other authors.  She has also studied in France, Spain and England.  Her translation of Dante’s poem won the “City of Monselice” prize in 2003 and then was the subject of an event organized by the Ravenna Centre for Cultural Relations, a city which, in 2005, conferred honorary citizenship on the Iranian writer.

The last Persian translation, done by M. Nikbakht, was published in Teheran in 2007 (ed. Parsa) in two volumes: vol. 1 Paradise-Hell and vol. 2 Purgatory. [5] 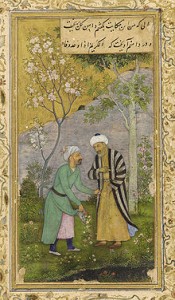 Iran is a nation of poets.  Iranian poetry began to flourish in the IX century AD and had its heyday from the XI to the XIV centuries, that is to say, it straddled Dante’s period when lyricism was decidedly the most important literary form of Persian culture.  Iranians had a real veneration of their great poets to whom they often dedicated important mausoleums and whom they credited with the great merit of having preserved their language and culture during periods of foreign occupation.

Right in Dante’s time one of the most burdensome foreign occupations ever undergone by Persia was taking place: the entire territory of modern Iran, in fact, formed a part of the so-called Ilkhanate which was a khanate (that is to say, a territory ruled by a khan), considered to be an integral part of the Mongol empire of Genghis Khan who had invaded Persia and all of Central Asia between 1215 and 1220.  Nevertheless, even after the Mongol invasion, Persian culture remained intact thanks to its poets, and even during that domination was able to continue to produce other poets of significance such as Hafez (1325-1389), known as the Shiraz nightingale.

Two of the major mediaeval Persian poets, Rumi and Sa’di, were contemporaries of Dante, even though they were much older than him, having both been born in 1207: when Rumi died in 1273, Dante was just eight years old while he was a young man of twenty-six at the time of Sa’di’s death in 1291.

Jala Al-Din Mohammad Balkhi – called Rumi – emigrated to the west with his family in order to flee from the Mongol invasions and passed the rest of his life in Konya in present day Turkey, where he gave himself up to meditation and theological studies.  In the last fifteen years of life he wrote his masterpiece, Masnavi (or Mathnawi), a great mystic poem in six volumes of about 30,000 lines. [6]

Abū-Muhammad Muslih al-Dīn – known as Sa’di – was a native of Shiraz, a city which was spared the Mongol destruction and which, in the XIII century, became a guiding star of Persian arts and letters.  The same Sa’di was known also as Sa’di-Shirazi and the city of Shiraz was also the birthplace, in 1325, of Hafez, the major Persian poet of the XIV century.  The climate of insecurity caused by the Mongol domination, however, induced Sa’di to make many journeys into the Middle East, but he returned to the city of his birth in 1256 where he wrote his two principal works, the verse poem Bustān (The Garden, 1257) and the rhythmic prose composition Gulestān (“The Rose Garden”, 1258). 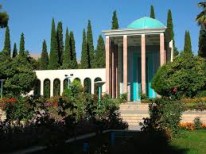 It is fairly unlikely that Dante would have received news of these two important Persian poets who were his contemporaries, also because in his day Persia had been for some time under the domination of the Mongols and the Persian city of Tabriz had become the capital of the Ilkhanate.  In Dante’s years of full maturity the Mongol Ghāzān Khān sat on the Ilkhanate throne as the most famous sovereign who, in 1295, was converted to Islam, thereby contributing to the Islamisation of Persia. Ghāzān Khān died in 1304 and was succeeded by his brother, Oljeitu, who reigned up to 1316.

Marco Polo, who had already passed through Tabriz in 1275 on his way to China, went back there years later on the orders of the great Kubla Khan, specifically in order to accompany the Mongol princess, Kokechin, whom the great khan had courteously sent to the king, Ghāzān Khān, as his promised bride (source: Wikipedia). 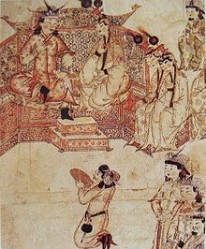 It is possible that Dante had received some news about contemporary Persia and the splendour of the city of Tabriz, which had particularly struck Marco Polo by the richness of its Great Bazaar.  It is a fact that our poet mentions the Persians (li Perse) just once in a tercet in Paradise, but he gives the name the value of a synecdoche (the part for the whole) to mean not just them but – more generally – all non-Christian peoples (Paradise, canto XIX, verses 112-114):

We here reproduce the same tercet in the translation into the Farsi language of Farideh Mahdavi-Damghani:

To learn more about the meaning of this tercet and the related synecdoche, click here.

[3] With regard to the mystic Persian poet Rumi, see note 6 below.  The Javid Nama of Iqbal has been translated into Italian by Alessandro Bausani and has been published under the title Il poema celeste (Bari 1965).  The translation into English by Arthur J. Arberry has been published in London in 1966.  Both the original text of the poem and the English translation can be seen on line published by the London Iqbal Academy.

[6] The mystic poem Masnavi by Rumi was published in its entirety in Italian under the title Mathnawi: il poema del misticismo universale, translation by Gabriele Mandel, 6 vols., Bompiani, Milan, 2006.  In English a partial translation appeared (the first three books) by Jawid Mojaddedi, The Masnavi,  Oxford World’s Classic Series, Oxford University Press, 2004-2207.  An abridged version of the entire poem by Edward Henry Whinfield was published in English in 1887 and is accessible on line. 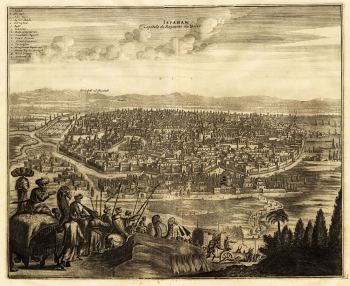