Before Dante’s time, Iceland was an independent state for more than three centuries, but in the 13th century cracks became apparent in the government of the country which brought about a period of serious struggles for power.
This prompted the Norwegian King Hakon IV to get involved in the island in 1262, at a time when his very long reign was about to come to an end, imposing on the Icelanders a sort of confederation agreement (the Gamli sáttmáli, which in Icelandic means Ancient Pact), which was mainly submission to the Norwegian crown.  The Icelanders had to put a good face on a bad deal, the local government was disestablished and the Icelanders had to swear fealty to that crown.

The Gamli sáttmáli was renewed in 1302 at the request of Hakon V, nephew of Hakon IV, who reigned over Norway from 1299 to 1319, that is to say when Dante was a grown man, busy writing a large part of his major works.  Hakon V is, indeed, the king of Norway to whom the poet refers, in not very flattering terms, in canto XIX of Paradise. 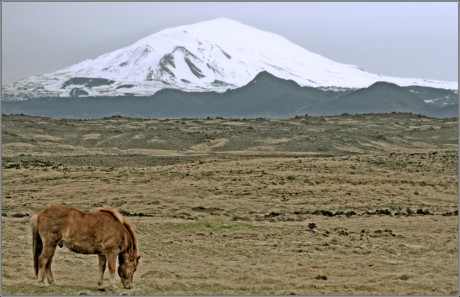 We do not know the amount or the nature of the information which Dante had about Iceland, but it is probable that he was aware of the existence of the Hekla volcano, the most famous one on the island, which had penetrated mediaeval Europe’s collective imagination thanks to its terrifying eruptions. 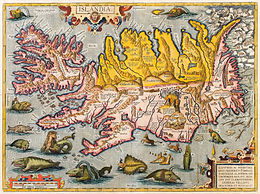 The first historic eruption on record, which took place in 1104, got the volcano known throughout Europe, but a second disastrous eruption of the Hekla volcano, which went on for a year bringing about hundreds of deaths, took place on July 11th 1300, that is to say, in the year when Dante, reckoning that he was “in the midway of this our mortal life”, decided to date the story of his journey into the afterlife.

Curiously, from the time of the 1104 eruption there was a belief which was rooted in Europe – seemingly spread by the artful Cistercian monks – that the Hekla volcano was the gate to hell.  But it is certain that Dante, even accepting that he was aware of this legend, absolutely disbelieved it given that he decided to locate Hell and its entrance in a completely different part of the world.

The inscription which stands above the gate to Hell is very famous and it appears in the first three tercets of the third canto of Dante’s Inferno:

We reproduce here the same hellish inscription, drawn from the Icelandic prose translation of the Divine Comedy by Erlingur E. Halldórsson, which wouldn’t look too bad if it were located on the rim of the central crater of the Hekla volcano:

Here is the same inscription in the English translation by Henry Francis Cary: