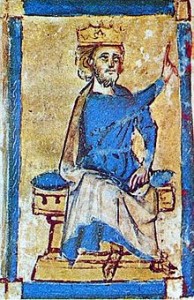 Dante was twenty-one years old when the King of Denmark, Erik V Glipping, was mysteriously assassinated in his sleep.  Our poet does not seem to have had a clear idea of the geographical location and the political life of Denmark in his day, being a country which is not mentioned in any of his works.  Yet some vague news about that country and, in particular, that mysterious regicide, must have reached him, as one may infer indirectly from the fact that he included amongst the evil Christian monarchs of Europe the King of Norway, Håkon V Magnussøn.

The latter, who had reigned over Norway from 1299 to 1319, had granted asylum to the presumed assassins of that Danish king and, allying himself with them, had waged war against his successor, Erik VI, plundering the Danish coasts.  It seems that this was the reason why Dante put King Håkon of Norway among the sixteen evil reigning European Christians included in the celestial eagle’s invective, at which the two poets were present in the sixth heaven of Paradise (canto XIX, verse 139).  This hypothesis was put forward towards the middle of the nineteenth century by the poet Christian Frederik Molbech (1823-1888), one of the principal Danish men of letters and the only one to have translated the Divine Comedy into Danish in tercets, as well as then being incorporated into the Enciclopedia Dantesca.

From the romantic period onwards Denmark has had various students of Dante’s poetry.  Hans Christian Andersen (1805-1875) was a devout follower and, in his novel The Improviser (1835), portrayed a young and fervent admirer of the Divine Comedy.  After Molbech there were two other translations into Danish, by Knud Hee Andersen, in free verse (1964), and Ole Meyer, in blank hendecasillables (2000). 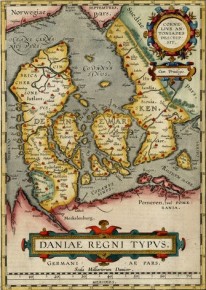