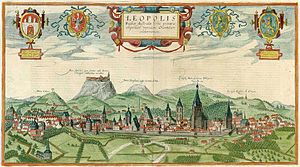 The first translation of the Divine Comedy into Ukrainian, limited to the first ten cantos of Hell, appeared between 1892 and 1896 on the pages of the journal Pravda in Lviv (in Ukrainian L’viv, in Russian L’vov) under the signature of the poet and playwright Volodymyr Samiyienko (1864-1925).

A version of just Hell, due to Petro Karmanskij (1876-1956), a translator also of Foscolo and Carducci, and to Maxim Rilskij (1895-1964), the major Ukrainian poet of the twentieth century, appeared in Kiev in 1956.  The Ukrainian public today has available a complete translation of the Divine Comedy done by Evgen Drobyazko (1898-1980) which was published in Kiev in 1976 with a commentary by the translator.

A brand new Ukrainian translation of Dante’s Hell in tercets was  published in Lviv in 2013, due to Maxim V. Strikha, a Ukrainian physicist and  man of letters .

Ukraine, in Dante’s time, was a historical and geographical entity undergoing a transformation of which our poet could hardly have had any notion.  More than twenty years before his birth in 1240 there had been the disastrous eruption by invading Mongols into the city of Kiev which was razed to the ground.  That brought in its train the end of the mediaeval monarchy of Kievan Rus’, the oldest Eastern, slavic, organised state for which Kiev was the capital for almost four centuries.  Afterwards, a large part of present day Ukrainian territory had come under the control of the Principality of Galicia-Volhynia, the heart of which was the city of Lviv, which ceased to exist not long after Dante’s death. 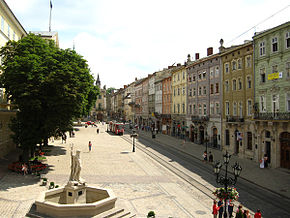