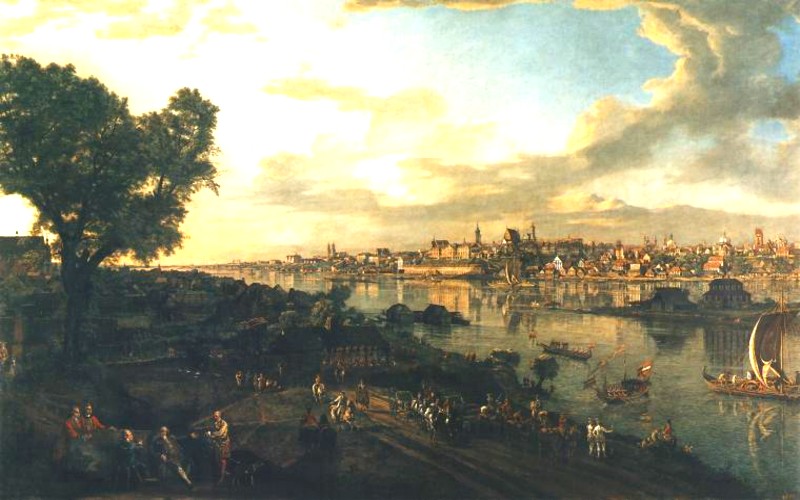 Dante never refers directly to Poland in his works, but he makes an indirect reference in the seventh canto of Purgatory (vv. 87-102) when, in the flower-strewn little valley of Antipurgatory, the poet meets, amongst the souls of the careless princes, that of King Ottokar II of Bohemia.  Dante likes to make it clear that King Ottokar was a better ruler than his son, Wenceslaus II, who succeeded him on the throne of Bohemia from 1278 to 1305 and was, in his last five years, also the king of Poland.

We reproduce here next the two tercets (Purgatory VII, 97-102) both in the original and in the Polish version of Edward Porębowicz.

The other, who in look doth comfort him,
Governed the region where the water springs,
The Moldau bears the Elbe, and Elbe the sea.
His name was Ottocar; and in swaddling-clothes
Far better he than bearded Winceslaus
His son, who feeds in luxury and ease.

There have been five Polish translations into verse of the Divine Comedy.  The first was a version in adjacent and alternating rhymes by Julian Korsak (1807-1855) published posthumously in 1860.  A few years later it was followed by the translation into loose hendecasyllables by Antoni Stanislawski (1870).  Hewing to the classical form is the translation in tercets by Edward Porębowicz published in the years 1899-1906 and reprinted several times.  In 1947 there appeared the version by Alina Świderska, also in tercets.  The last one, chronologically, is the translation of Hell published in Poznań in 2002 by the young poetess Agnieszka Kuciak (Stettin 1970).