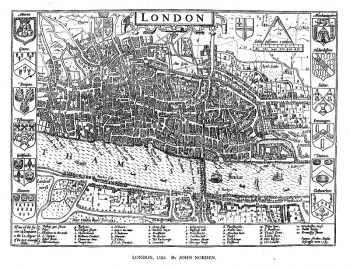 England, during Dante’s time, was ruled by the Plantagenets and it represented a very important trade partner, insomuch that Florence had set up a money exchange branch in London. Reference is often made in the Divine Comedy to people and events pertaining to British history, leading some illustrious nineteenth-century Dante scholars to become convinced that Dante had been to London and had even studied at Oxford.

The last upholder of this belief, today considered without foundations, was William E. Gladstone (1809-1898) politician and several times Prime Minister. He anchored his conviction, among other things, upon three verses of the twelfth Canto of Hell in which the poet mentions the year 1271 assassination of Henry Duke of Cornwall, nephew of King Richard III. He was stabbed to death in church, during the Elevation, by Guy of Montfort, Duke of Leicester.

The horrendous murder caused widespread outcry at the time and, according to the chronicler of the time Giovanni Villani, the victim’s ripped-out heart was first put, still bleeding, into a golden cup which was hence placed «on a column on top of London bridge over the Thames».

In the Circle of the Violents against their Fellow Men, centaur Nesso shows Dante some of the damned immersed in the Phlegethon, the river of boiling blood which crosses that Circle. Nesso shows Dante and Virgil a solitary soul and tells them that he is Guy of Montfort (Hell, XII, 118-120):

He pointed out one shade, alone, apart,

and said: “Within God’s bosom, he impaled

the heart that still drips blood upon the Thames”.