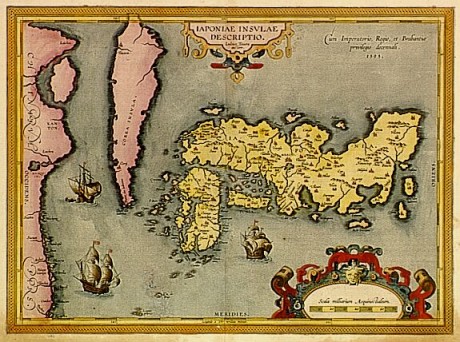 Dante can only have had very vague notions about the countries in the Far East.  Apart from anything else, although a contemporary of Marco Polo (1254 – 1324), the poet must have had very little interest in the latter’s travels and the related tales in Milione, tales which Dante perhaps found hardly credible despite the interest which they had aroused in people’s collective imagination at the time.

As for Japan, then, it is not surprising that it is never mentioned in Dante’s works; in his time no European had yet had any news of its existence. Marco Polo himself, who calls it Cipango in Milione, only knew about it indirectly during his long stay in Peking at the court of emperor Kublai Khan between 1271 and 1288.

On the other hand, Dante’s success in Japan also has a rather late début in the second half of the 19th century when certain Japanese men of letters are drawn to the Divine Comedy, mostly in German and English translations.  The first complete translation of the poem into Japanese is published in the second decade of the 20th century thanks to Heizaburō Yamakawa (1876 – 1947), a student of Italian literature and a Catholic who took his degree at Berkeley in 1904.  His verse translation is both rhythmic and fairly faithful to the original but uses classic literary language which modern day readers find difficult to understand.

A few years later Masaki Nakayama (1866 – 1944) published his prose translation which comes from the original Italian but is also tied to Norton’s English translation.

In the 1960’s two translations get published in more modern language which is more accessible for the lay reader: the prose version of Soichi Nogami (1910 – 2001), a student of Italian literature and a translator also of Boccaccio, Goldoni and others; and the verse translation of Sukehiro Hirawaka (1931), a professor emeritus of comparative literature at the University of Tokyo.

This latter translation which retains the original’s tercets and has good rhythm is regarded as the best by many students, including the Nobel laureate for literature in 1994, Kenzaburō Ōe.

A truly unusual – and typically Japanese – interpretation of the Divine Comedy is the one made by Kiyoshi Nagai, better known as Gō Nagai (1945), a Japanese comic strip writer and author who is considered to be one of the most important creators of manga comics.  His Divine Comedy was published in three volumes in Tokyo in 1994.

We reproduce below two of Gō Nagai’s strips representing Cerberus, the canine monster with three heads which tears to pieces the damned of the third circle of Hell where the greedy are punished and which Virgil disarms temporarily by hurling a large clod of earth into his jaws.

Further on the relevant verses (Hell, VI, 13-33) of Dante’s are shown followed by their translation into Japanese by Sukehiro Hirawaka. 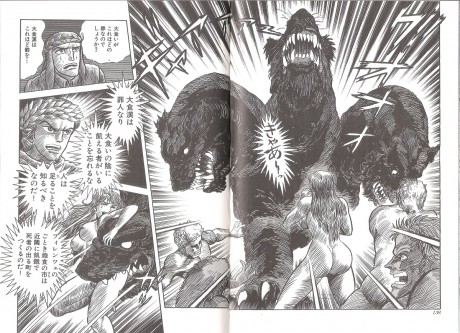 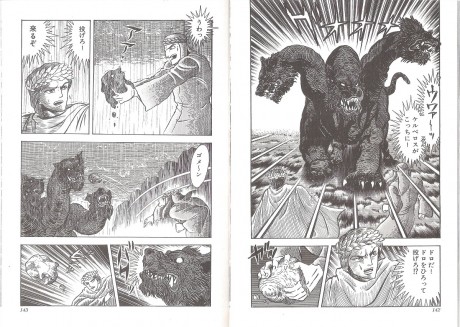 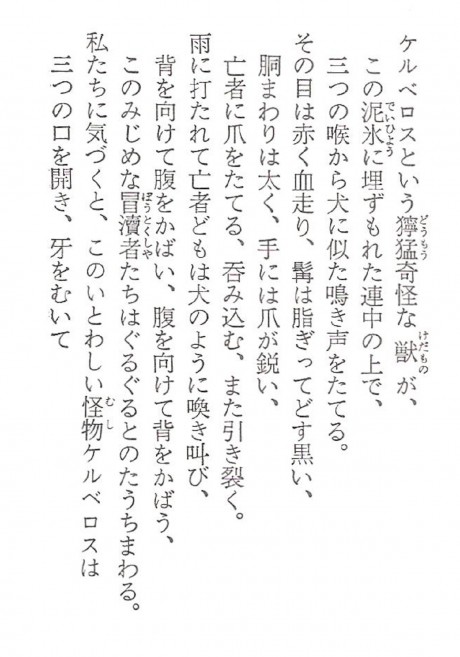 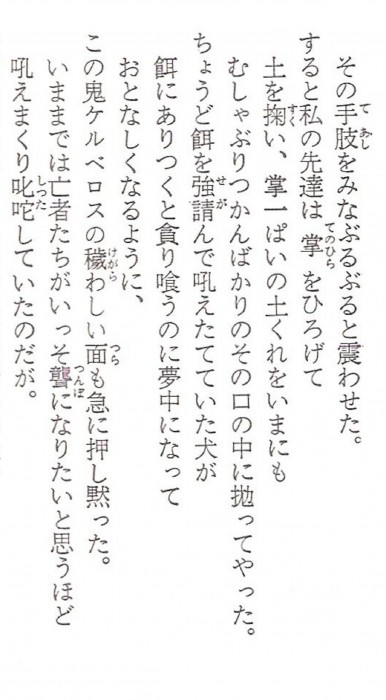 Over the souls of those submerged beneath
that mess, is an outlandish, vicious beast,
his three throats barking, doglike: Cerberus.
His eyes are bloodred; greasy, black, his beard;
his belly bulges, and his hands are claws;
his talons tear and flay and rend the shades.
That downpour makes the sinners howl like dogs;
they use one of their sides to screen the other;
those miserable wretches turn and turn.
When Cerberus, the great worm, noticed us,
he opened wide his mouths, showed us his fangs;
there was no part of him that did not twitch.
My guide opened his hands to their full span,
plucked up some earth, and with his fists filled full
he hurled it straight into those famished jaws.
Just as a dog that barks with greedy hunger
will then fall quiet when he gnaws his food,
intent and straining hard to cram it in,
so were the filthy faces of the demon
Cerberus transformed-after he’d stunned
the spirits so, they wished that they were deaf.