Home/Ulysses/Ulysses, Poetry and Music/Homer – Ulysses’ shipwreck at Scylla and Charybdis 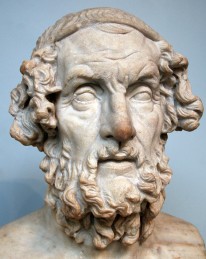 As we know, Ulysses’ shipwreck, as imagined by Dante in canto XXVI of Hell, has no relationship with Homer’s Odyssey in which, instead, in Book XII, the very famous shipwreck of Scylla and Charybdis is described, in which only Ulysses survived, losing all his companions.

In the Odyssey we read that Ulysses and his men, during their voyage back from the Trojan War, were moored on the island of the sorceress, Circe, and remained there for about a year.  Once they had set off again they succeeded in passing unharmed through the trap represented by the monster, Scylla, and the terrible whirlpool, Charybdis, making landfall in Sicily (the island of Trinacria) where, however, Ulysses’ companions, taking no notice of the warnings received from Circe, had killed and eaten some of the sacred oxen of the sun god, Helion.

This sacrilege was punished severely by Zeus who struck Ulysses and his companions with the terrible shipwreck immediately after they had left Sicily.  Their ship was driven by the storm into Scylla and Charybdis’s trap and only Ulysses was saved by miraculously managing to swim to the shores of the island of Ogygia where the nymph, Calypso, kept him with her.

Ulysses left Ogygia seven years later on a raft which he had built, but was once again shipwrecked and once again managed to save himself by swimming until, exhausted, he reached the shores of the island of the Phaeacians.  He collapsed, asleep, and on awakening saw on the beach the young Nausicaa, the daughter of Alcinous, king of the Phaeacians, who took him to meet her father.  Ulysses was received with friendliness and remained for several days with Alcinous and his family, to whom he recounted his tale.

The description of the shipwreck of Scylla and Charybdis (Odyssey, Book XII, verses 403-450) is indeed a part of that tale. 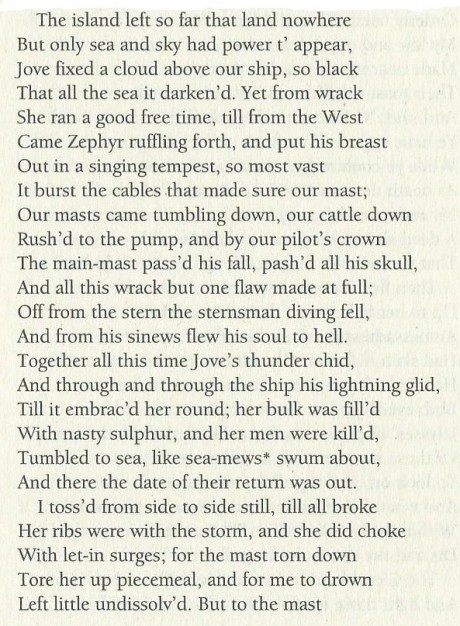 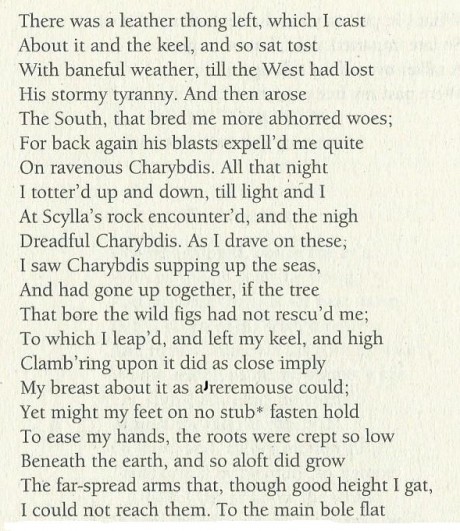 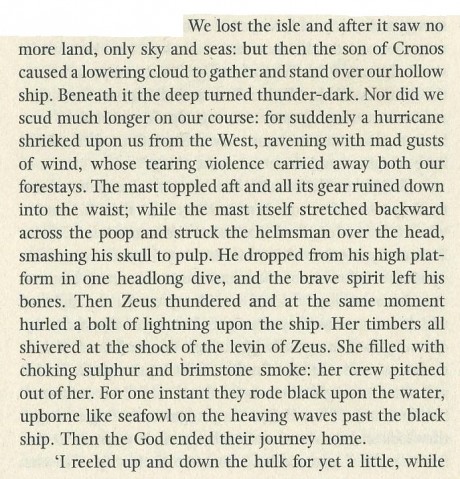 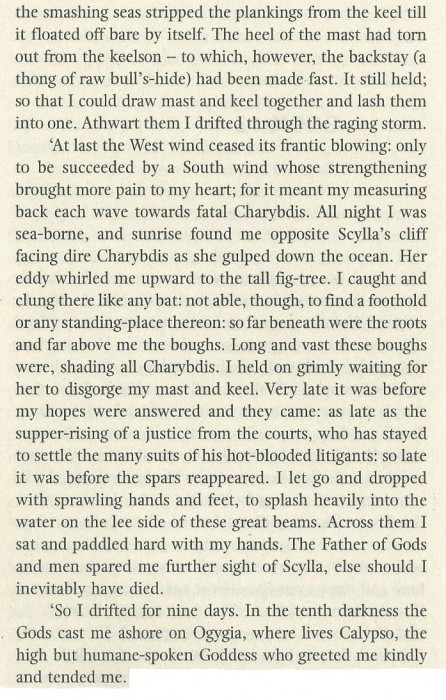 Click here to read Homer’s original text in ancient Greek and some translations of the same text  into French, German, Portuguese, Russian and Spanish.