This is the monologue “Glottis – Half-serious excursion into the translations of the Divine Comedy” of and with Giuliano Turone, which has been shown in recent years several times and in various places. The monologue had an almost spontaneous origin starting from an early embryo, which came out of an evening among friends. It developed soon up to take the final form in 2005. In particular, the video accessible from this web site shows the performance of November 2009 at the Circolo Filologico Milanese. 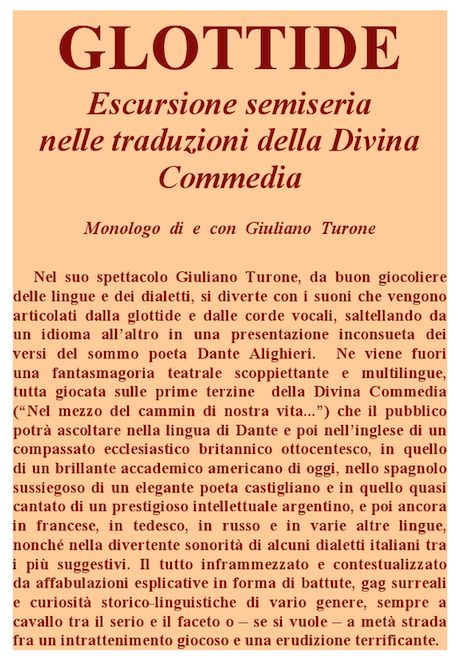