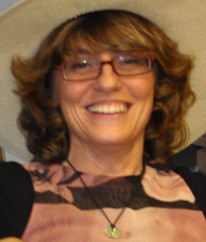 Giovanna Maioli is an actress from Romagna.  She was born and lives in Ravenna where she has been a part of the theatrical company, Piccolo Teatro Città di Ravenna, since 1995.  This is a historic company which has put on theatrical productions since 1921, both in Italian and in the Romagna vernacular.  The company has its own internet site, http://www.piccoloteatrora.com/, where news can be found about its history, its actors and its repertoire.  Giovanna Maioli appears both in its Italian section under the direction of Alessandro Braga, and its vernacular section under the direction of Roberto Battistini.

She has taken part in many performances, some of which received the Premio del pubblico miglior regia at the “Festival invito alla regia”, (Audience’s prize for best production at the “Invitation to the production festival”), as in Shakespeare’s The Taming of the Shrew (2001), Ionesco’s The Bald Soprano (2003), and Euripides’ The Bacchae (2009).  She has also studied singing and has been in the chorus of two musicals produced by the “Sognattori” of Ravenna: Joseph and the Amazing Technicolour Dreamcoat (2004) and The Lion King (2005).

In 2008 Giovanna Maioli played the role of the Countess Guiccioli in the play Byron by the Romagna playwright, Giovanni Spagnoli, under the direction of Roberto Battistini.  This theatrical script, written partially in the Romagna vernacular, re-enacts the love story of the great English poet and the young countess from Ravenna, Teresa Guiccioli, a love which induced Byron to move to Ravenna.

In Ravenna, amongst other things, Byron had translated into English Dante’s verses about Francesca da Rimini.  Click here to read and listen to these verses, in Byron’s English, on the relevant page of this website where further information about the play Byron and the relationship between the poet and the countess Guiccioli can be found together with a somewhat tenuous connection to the love story between Paolo and Francesca.

Giovanna Maioli – Countess Guiccioli in the play Byron – has agreed to be the voice of Francesca da Rimini (who was in fact from Ravenna) in the translation of the Divine Comedy into the Ravenna vernacular by Luigi Soldati.  She has willingly agreed – she said – because “my dialect is too precious to be lost and, moreover, I find it absolutely delightful to convey my emotions in this language which is so far removed from my normal means of expression”. 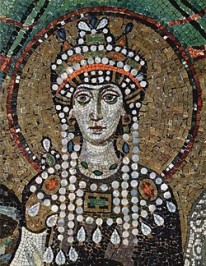 Giovanna Maioli has lent her voice to Francesca da Rimini and read the relevant verses (Inf., V, 88-142) in the translation into the Romagna dialect by Luigi Soldati. 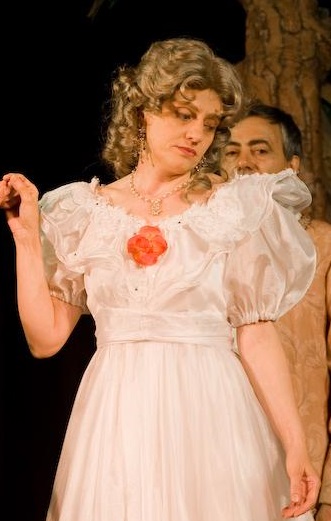