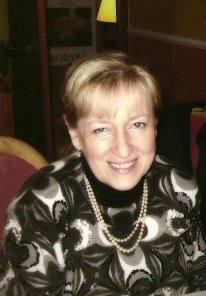 Francesca Campogalliani was born in Mantua in 1946, has a literature degree and has taught in the high schools of her city, but her name is linked in particular to the history and the theatre tradition of Mantua.  From 1966 onward she has performed consistently at the Theatre Academy “Francesco Campogalliani” in Mantua, the presidency of which she took over in 1992 on the occasion of the death of her father, Ettore, a musician of clear renown (his pupils are called Tebaldi, Pavarotti, Freni etc) who founded it in 1946, naming it after his own father, Francesco, an extremely famous puppeteer, poet and writer of comedy in the vernacular.

The “Campogalliani”, one of the oldest and most glorious Italian theatre companies, has its institutional headquarters in the Teatrino d’Arco in Mantua where every year it puts on a regular season of prose.  Francesca Campogalliani has taken part in festivals and national reviews from which she has brought away numerous prizes, amongst which is the latest, a prestigious “Career Prize”.  At the Mantuan Theatre School of which she is president, she teaches Theatre History. 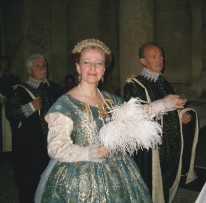 Francesca Campogalliani has lent her voice to Francesca da Rimini and has read the relevant verses (88-142) in the Mantuan dialect translation by Gilberto Scuderi.  She did it in two different manners.  The first reading follows the scheme of  a merely expressive reading. To listen to that, click here below, on the first string:

On the other side, the second reading  is a definitely theatrical reading.  To listen to it, click here below: