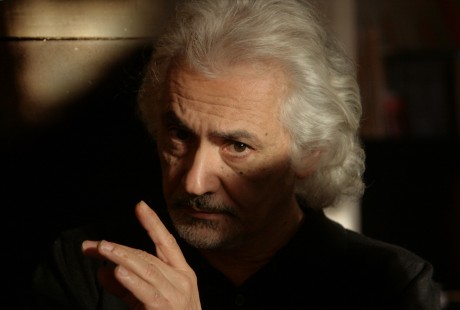 Elio Aldrighetti is an Italian songwriter and actor.

Theatrically, he has taken part in the Spoleto Festival as an actor, singer and co-author of texts in the show Nothing but Music, in which he also had occasion to do a duet with Giora Feidman (the clarinettist in Schindler’s List).

Spotted by the late, lamented, Giulio Bosetti, the actor, producer and director of the Carcano Theatre of Milan, he joined the company directed by him and remained there for some years, touring most of the Italian theatres in various shows.  He has also taken part in a number of television dramas produced by RAI, Mediaset and Swiss Television.

Musically, Elio Aldrighetti has many collaborative ventures on the go with some of the major Italian and foreign performers, amongst whom are Alex Baroni, Eros Ramazzotti, Alberto Radius, Flavio Premoli, Tullio De Piscopo and Miguel Bosè with whom in 2008 he received the nomination for the Latin Grammy Award for the piece called “Nena”.

Latterly, he has decided to throw his hat into the ring as the first person to perform some of his own compositions in a series of concerts which will feature him as the protagonist, both on the stage and in the recording studio, accompanied by Eric Cisbani (drums), Cristiano Da Ros (double bass) and Andrea Zuppini (guitar).  By means of this show, called Ma non è sempre così (“But it isn’t always like this”), Elio Aldrighetti intends to showcase the compositions which started his career, followed by his new artistic muse, laden with irony and depth.

To listen to one of his most recent songs called Più che scusarti (“More than excusing you”), click here below: 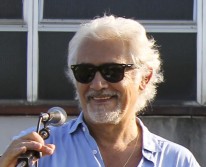 Elio Aldrighetti has performed for Dantepoliglotta two different readings of the verses in which Ulysses tells Dante and Virgil about his fatal voyage beyond the Pillars of Hercules (Hell, canto XXVI, verses 90-142).
To hear the reading of Dante’s original verses, click here:

To  hear the reading of the same verses in the translation into the Milan dialect which was done by Ambrogio Maria Antonini, click here: