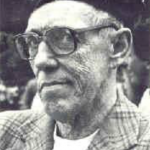 Interlingua is an international auxiliary language project born around 1951 by the International Auxiliary Language Association (Iala), an association founded in New York in 1924. The language had not a spread comparable to that of Esperanto, however it raised some interest in the Scandinavian countries. Its lexicon mainly derives from the Romance languages and English, with some contributions from German and Russian.

Dante’s Hell was translated and published in Interlingua in 1976 by Sven Collberg (1919-2003), a Swedish poet and professor of Latin in Lund, the oldest city in Sweden, and in its prestigious Katedralskolan, the oldest school in the whole Scandinavia, founded in the eleventh century. Collberg learnt Interlingua in 1972. 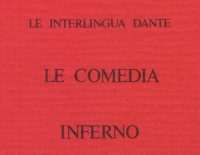 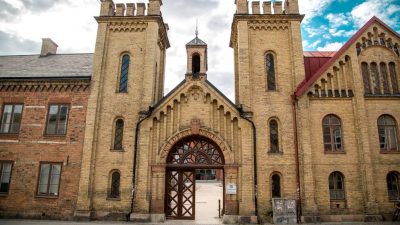 The beginning of Hell 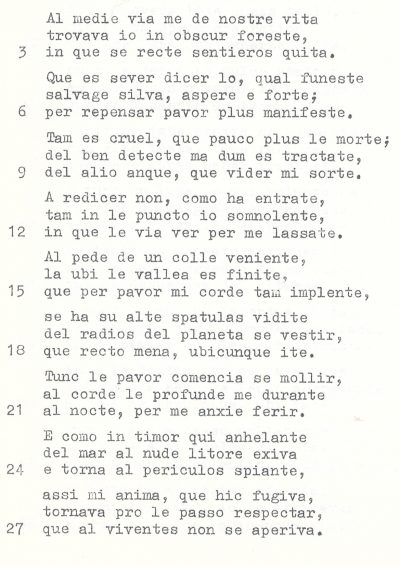 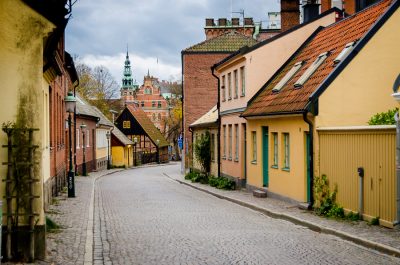 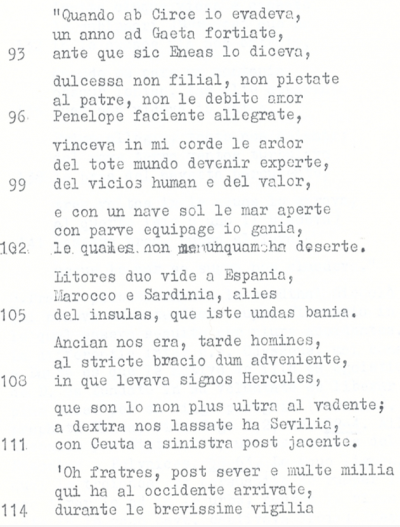 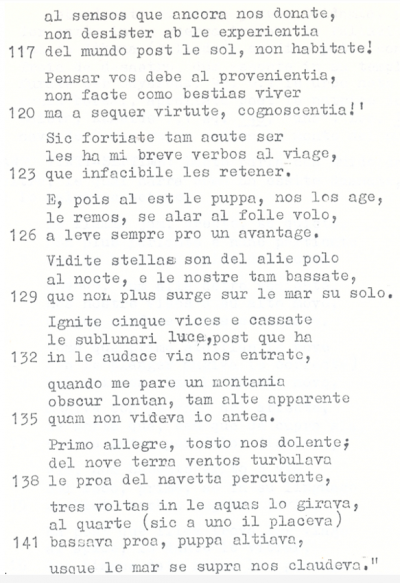 Listening to Ulysses’ story in Interlingua