Argentina. Jorgelina is the daughter of a mother ‘desaparecida’

Home/Approfondimenti, Human rights/Argentina. Jorgelina is the daughter of a mother ‘desaparecida’

Argentina. Jorgelina is the daughter of a mother ‘desaparecida’ 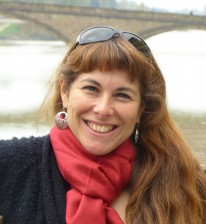 The first story to be presented in the human rights corner of Dantepoliglotta is an episode of the Argentinian desaparecidos tragedy.  Jorgelina was born at Rosario in August 1973. She was only one year old when her father, a clandestine militant,  was shot.  When she was three and a half years old, her mother was kidnapped by the Argentinian paramilitaries in the rented apartment where they lived in Lanús, province of Buenos Aires, then she remained desaparecida forever. Jorgelina was with her when they took her off.  The baby was deprived of her identity and given away for adoption by a family friendly to the dictatorship.  Thanks to the passionate work of the Abuelas de Plaza de Mayo, her real identity was recently restored to her. Jorgelina has read for Dantepoliglotta the verses of Francesca da Rimini in the Spanish translation of the Argentinian poet Bartolomé Mitre.