The Divine Comedy told to children by Annamaria Piccione

The Divine Comedy told to children by Annamaria Piccione 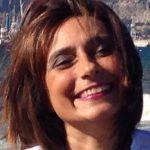 The new section of Dante Poliglotta named “Dante for children” was created as an ongoing project at  the very beginning of 2021 – Dante’s Year – by presenting some pages of the book La Divina Commedia raccontata ai bambini (“The Divine Comedy told to children”) by Annamaria Piccione. The volume was published exactly in January 2021 by the Mondadori publishing company in Milan, with the beautiful illustrations of Francesc Rovira, a well-known Catalan illustrator of children’s books.
Annamaria Piccione is a Sicilian writer. She mostly writes for children and has published about one hundred texts with major Italian publishing companies on issues such as legality, interculture, migrants, racism and wars. Many of her works are translated into other languages and brought onto the scene. A special mention deserves her transposition for children of the Greek tragedies played at the Greek theater of Syracuse, in the framework of the Summer Classical Performances. Every year she meets thousands of students, to whom she tries to convey her love for books and writing. She lives between Syracuse and Palermo, in houses facing the sea, with her husband, two dogs and six cats. 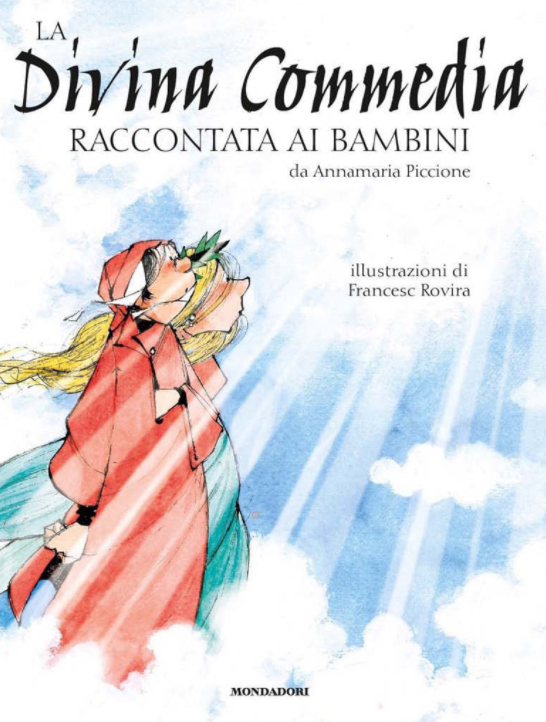 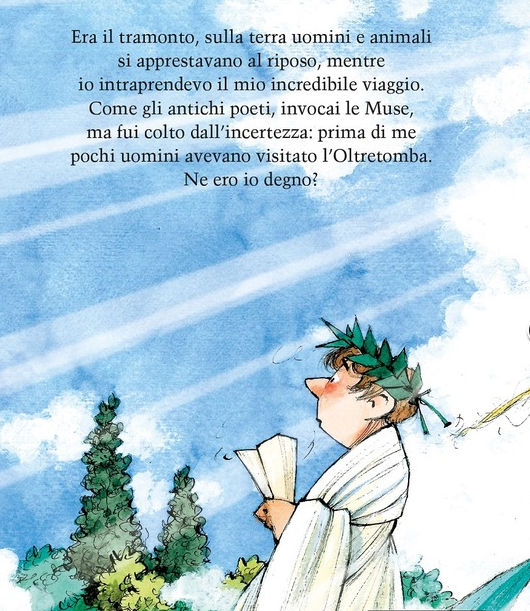 It was sunset.
On earth men and animals were preparing to rest, while I was embarking on my incredible journey.
Like the ancient poets, I invoked the Muses, but I was seized by uncertainty:
before me few people had visited the Underworld.
Was I worthy of it? 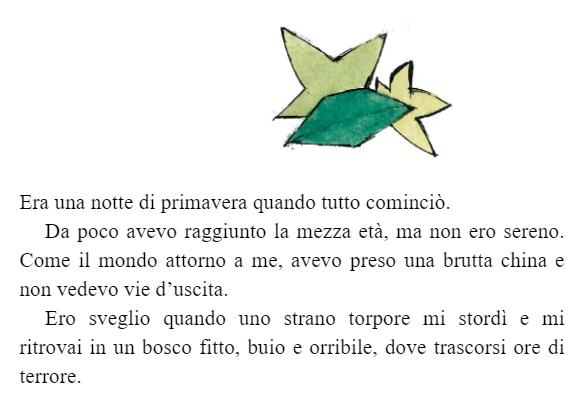 It was a spring night when it all began.
I had recently reached middle age, but I was not happy.
Like the world around me, I had taken a bad turn and saw no way out.
I was awake when a strange numbness stunned me
and I found myself in a dense forest, dark and horrible,
where I spent hours of terror. 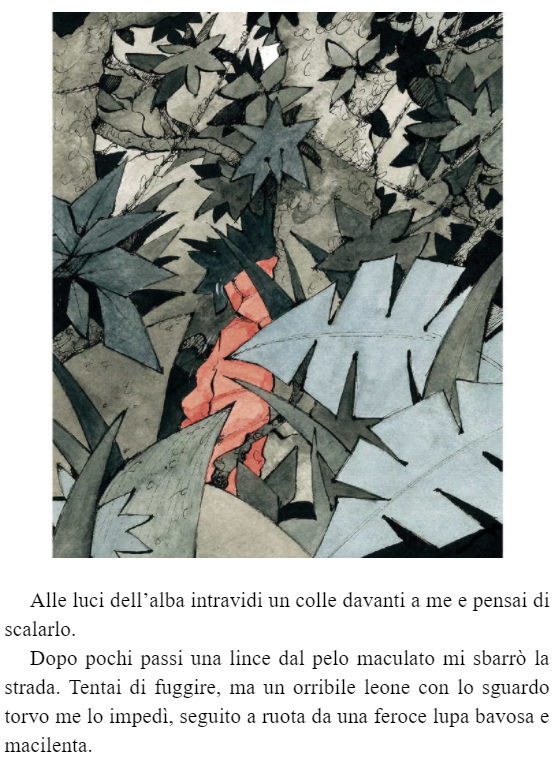 At dawn I caught a glimpse of a hill in front of me
and thought of climbing it.
After a few steps a spotted lynx blocked my way.
I tried to escape, but a horrible and scowling lion prevented me,
followed closely by a ferocious, slobbering and emaciated wolf. 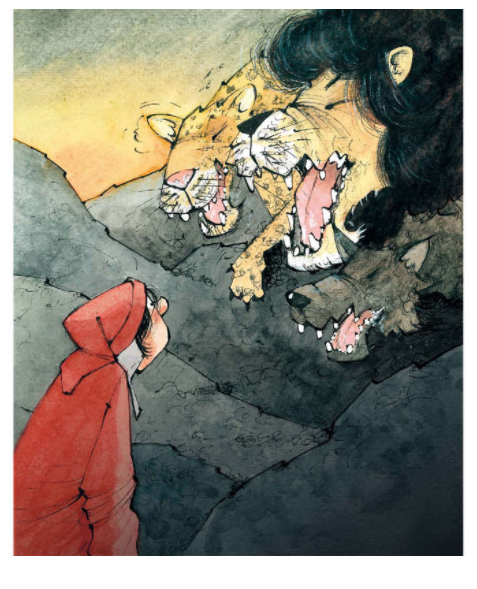