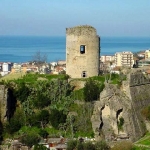 Giampaolo Samà is an Italian-Argentinian actor, teacher and photographer. Born in Paola (province of Cosenza, Calabria) in 1970, he trains to be an actor at the Accademia d’Arte Drammatica in Calabria and then at the Akademia Tetralna in Warsaw.  In 1996 he takes part in the show Sidà e l’uomo dal fiore

[“Sidà and the man of the flower”] (awarded the Vetrine prize by the Ente Teatrale Italiano).  He earns a degree from Dams (“Disciplines on Arts, Music and Show”) at the Roma Tre University with top marks and, during the years spent in Rome, he makes several readings of the Divine Comedy and produces three shows about the three Canticles of Dante’s work at the Macondo Theatre, a group which he founded in 2002.

In 2007, after a number of visits to Argentina, he emigrates to Buenos Aires where he pursues his career as an actor and theatre photographer in collaboration with producers such as Macarena Trigo, Francisca Ure, Oscar Araiz, Enrique Federman, Román Podolsky, Agustín Mendilaharzu, Walter Jakob, and Claudio Tolcachir. With the latter he works in several shows, among them El viento en un violín [“The wind in a violin”] for which he receives a nomination for the Teatro del Mundo prize in the category Photography (2010/11). In 2012 he receives a Special Mention by the jury in the competition for Photographic Production of the Legislatura de la Ciudad de Buenos Aires. 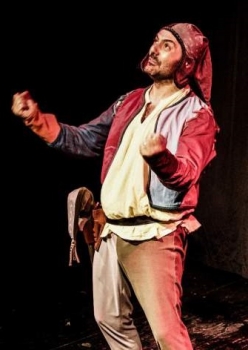 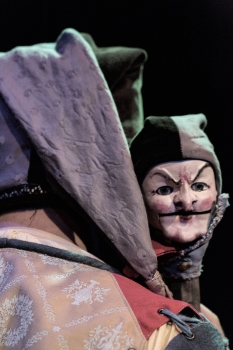 The first show written by him, Lamérica, is a success both with the public and the critics. It also receives the silver medal in 2013 at the international prize event Il Teatro Nudo di Teresa Pomodoro in Milan.

His second monologue, El viaje, una comedia poco divina [“The journey, a comedy not so divine”], co-directed with the actress Miriam Odorico, his wife, starts its progress very favourably in the Timbre4 theatre of Buenos Aires.

This second show – which renews research into the Divine Comedy and theatrical buffoonery interrupted after the years of Rome – is also selected for the 2016 edition of the mentioned Teatro Nudo event of Milan. Click here for the trailer of the performance. 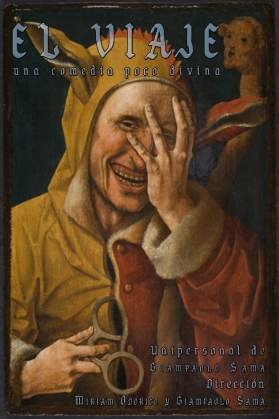 He still lives with his wife in Buenos Aires where, since 2014, he has taught theatre at the Italian school “Cristoforo Colombo”. From his house’s windows he can see the River Plate – he says – “which sometimes continues to deceive me by pretending to be the sea”.

Giampaolo Samà has lent her voice to Ulysses and read the relevant verses (Hell, Canto XXVI, 90-142) in the translation into Spanish by Bartolomé Mitre.
To listen to this reading click here below: