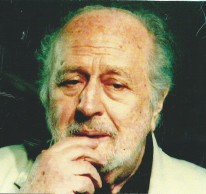 Gianni Mantesi, the stage name for Giovan Battista Marchesini, was an Italian stage and dubbing actor born in Rome in 1924.  He lived in Milan with his colleague and wife, Grazia Migneco. He passed away on September 11th  2014.

He attended the Academy of Dramatic Art in Rome and, at the same time, the Faculty of Letters at La Sapienza University.  In the university drama company, at the Ateneo Theatre, he had his first experience with Giulietta Masina, Anna Proclemer, Ennio de Concini and then had his début as a professional with Ruggero Ruggeri.

Not yet twenty-five years old, he started to take part in shows at the Little Theatre (Piccolo Teatro) of Milan, produced by Giorgio Strehler.  During one of the first shows – Shakespeare’s “Richard III” – he got to know the actress Grazia Migneco in 1950; two years later they were married.  He continued to appear in the Little Theatre’s plays in important roles for very many years, right up to the last Campiello by Goldoni (600 performances).

He has worked for almost all the Italian permanent theatres and then with Visconti, Zeffirelli, Anna Magnani, Massimo Castri and others.

He has done a lot of dubbing work including as a director; among other work he dubbed Dr Quincy in the eponymous American television series.  He has taken part in various television screenplays, including E le stelle stanno a guardare (“And the stars stand and stare”) and La freccia nera (“The black arrow”), both produced by Anton Giulio Majano.

He has taught drama at the C.T.A. (Centre for Active Theatre) of Milan at the Teatro Nuovo in Turin.

From the nineteen-eighties onwards he has brought together a theatre group in which actors of proven experience have taken part such as his wife, Grazia Migneco, Enrico Bertorelli, Maurizio Scattorin, Augusto Di Bono, Nicoletta Ramorino and others.  With this group he staged in 1985, in its Italian translation, La guerre de Troie n’aura pas lieu (“The Trojan war will not take place”) by Jean Giraudoux and, subsequently, Avevo più stima dell’idrogeno (“I valued hydrogen more highly”) by Carlo Terron, Gigi by Colette, Sei personaggi in cerca d’autore (“Six people in search of an author”) by Pirandello and other shows based on texts by, among others, Dacia Maraini, Giorgio Gaber, Luca Marchesini, Glauco di Salle.

From the nineties onwards he often worked as a couple with his wife, Grazia Migneco, in short but pregnant shows such as Una coppia di single (“A couple of single people”), by Carlo Terron (drawn from the diaries of Leo Tolstoy and his wife), and Lui, lei e… io n’esco (a pun on the name of the playwright, meaning “Him, her… and I am off”), a mosaic of extracts about married life extrapolated from the works of Eugène Ionesco, inspired by an idea of Mario Mattia Giorgetti.

Gianni Mantesi has lent his voice to Ulysses and read the original verses of Dante on the last journey of the hero (Hell, Canto XXVI, verses 90-142).
To listen to this reading click here below:

To listen to the same reading with Claudio Monteverdi’s background symphony taken from the opera Il ritorno di Ulisse in patria (“The Return of Ulysses to his Homeland”), click here below: 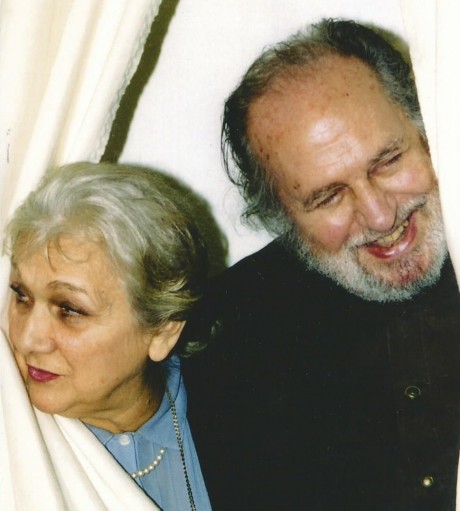